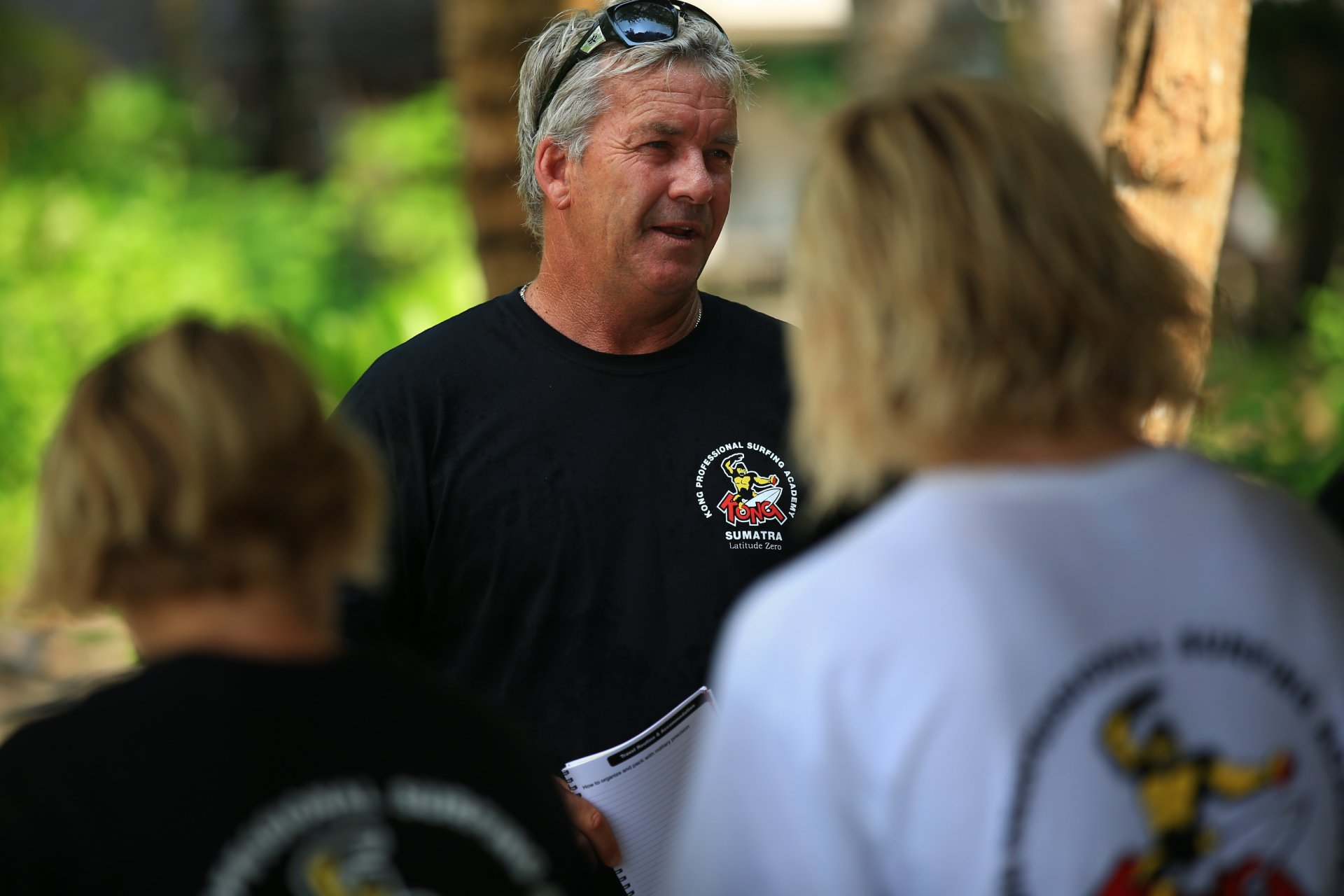 Gary Kong Elkerton is an immortal of professional surfing and a towering figure in the world of big wave riding. His epic gouging and massive high-speed turns made him the undisputed king of power surfing for two generations.

Kong grew up at sea on his Dad’s prawn trawler, ranging up and down the Great Barrier Reef, surfing some of the most remote mid-ocean waves on earth.

After gaining global prominence in classic films such as Kong’s Island, The Performers I & II, and Mad Wax, Kong went on to competitive success all around the world, especially in Hawaii. He also threw himself headlong into a hedonistic rock n roll lifestyle of colossal proportions…every bit as edgy as his exploits in the water.

These days the Surfing Hall of Famer, 3 x World Masters Champion, 2 x Hawaiian Triple Crown Champion, 3 x World Title Runner Up and multiple Sunset Beach and Pipeline Masters Champion still lives for waves and for sharing the good times and his network of contacts with his surfing ‘brothers’…