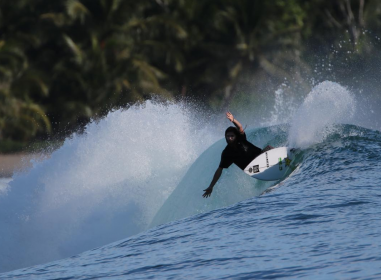 Matt Meola paid us a visit for the filming of tracks magazine cover mount “Cowboys and Aerials”. His surfing was some of the most futuristic we have seen with giant flips and spins. The innersection winner showing how consistent he is at landing these huge moves, blowing us away session after session.
As stated by Tracks Magazine “Matt Meola, proves why he is considered the pin-up boy of the modern aerial movement. The astute observer will recognise Matt’s fully extended boneless as the kind of technically challenging move that sets the benchmark for the modern aerial surfer. Meanwhile Matt’s inverted flips and cowboy antics make him one of the most entertaining surfers in the world right now.”