The Last Dozen @ RLZ – A Common Love of The Ocean 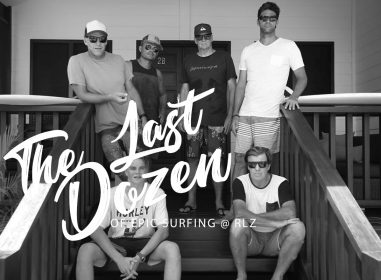 In early 2017 Resort Latitude Zero played host to an all-star Fox Sports team. The formula was simple, put a bunch of absolute legends including Australian sporting icons such as Rabbit Bartholomew, Mark Philippoussis, Simon Anderson, Luke Egan and ‘Blues & Roots’ musical genius Ash Grunwald, together in paradise for a week and see what happens. With an underlying task of examining what surfing means to these busy stars and what role it plays in their life.

The perfect waves we scored that week turned out to be just part of the story with an epic week of fun and surfing like only Resort Latitude Zero can deliver.

Mark Philippoussis is of course one of Australia’s most decorated and recognisable tennis superstars. Watching him discuss the finer points of surfboard design and totally consumed over scribbles on a napkin with the inventor and godfather of The Thruster is not something you see every day. Simon probably bagged a board order or two out of “The Poo” during those early morning discussions at the coffee table, but the scene totally confirmed our belief – surfing is the great equalizer and passion for all surfers no matter what else you do in your life. 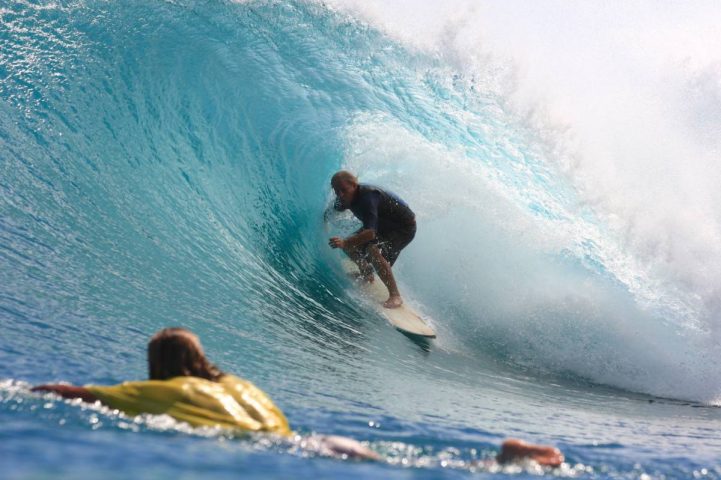 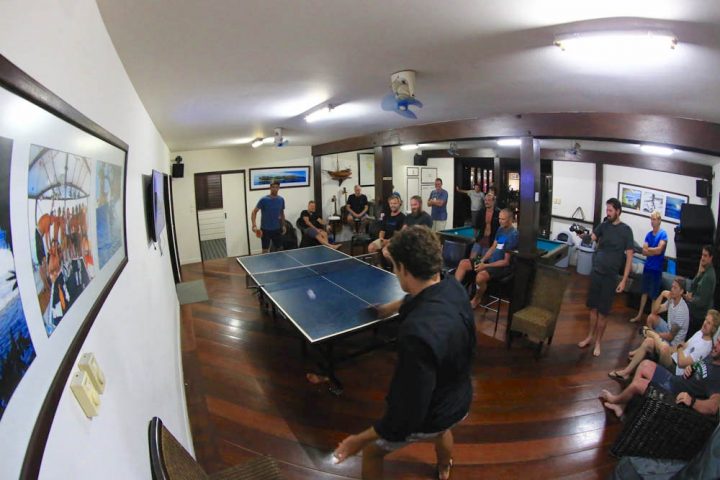 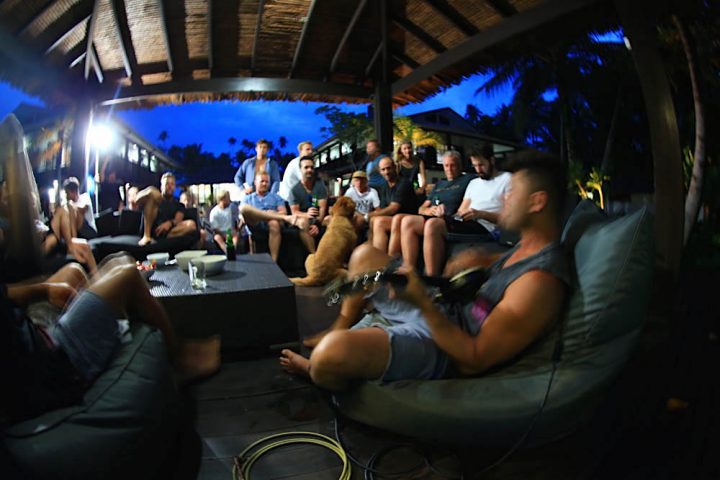 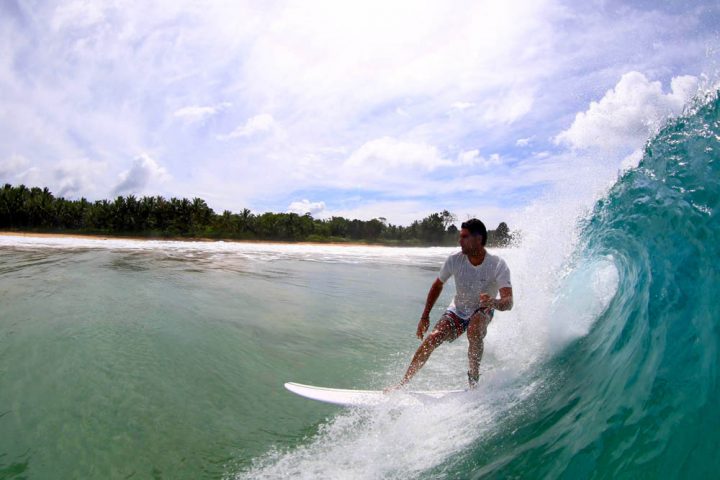 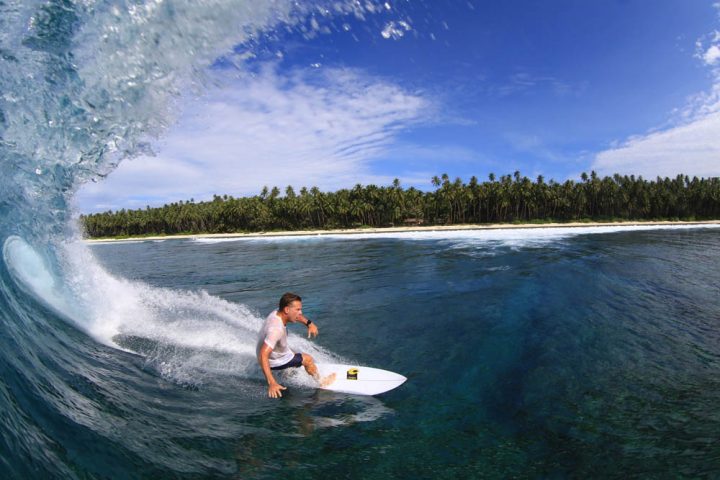 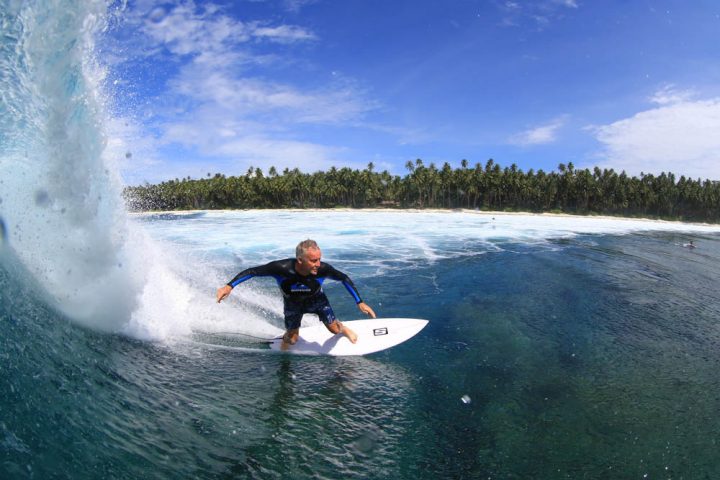 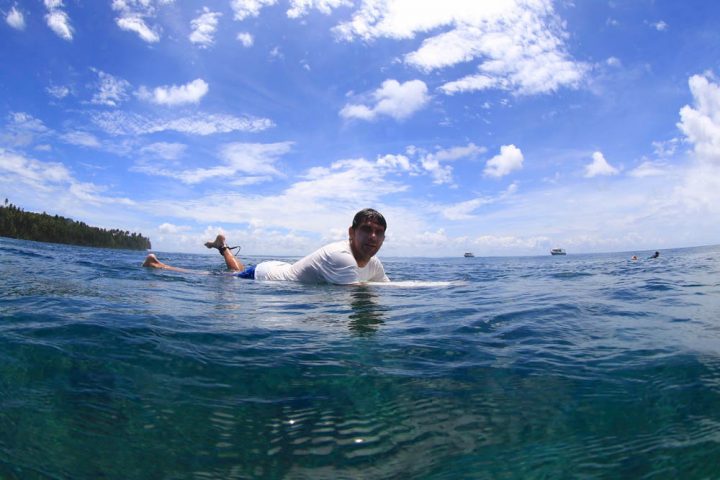 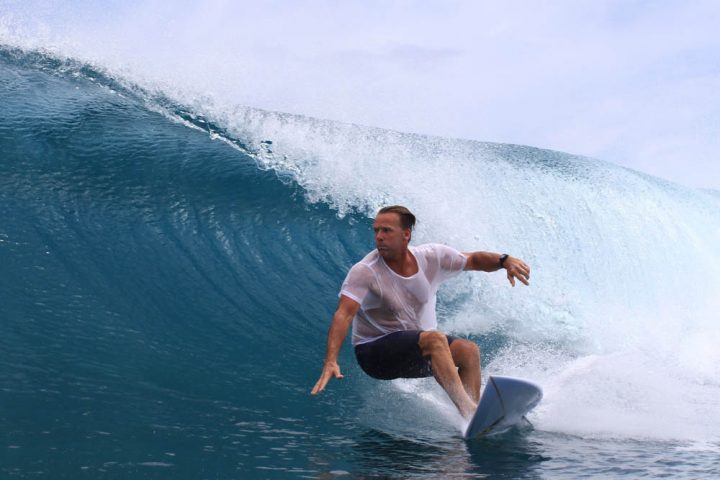 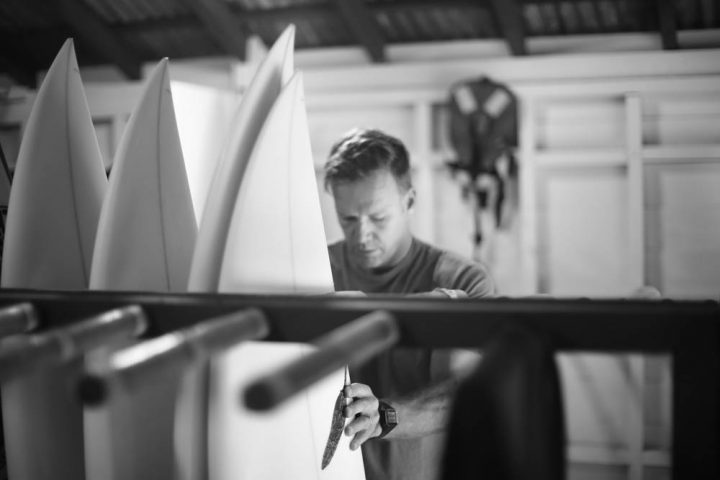 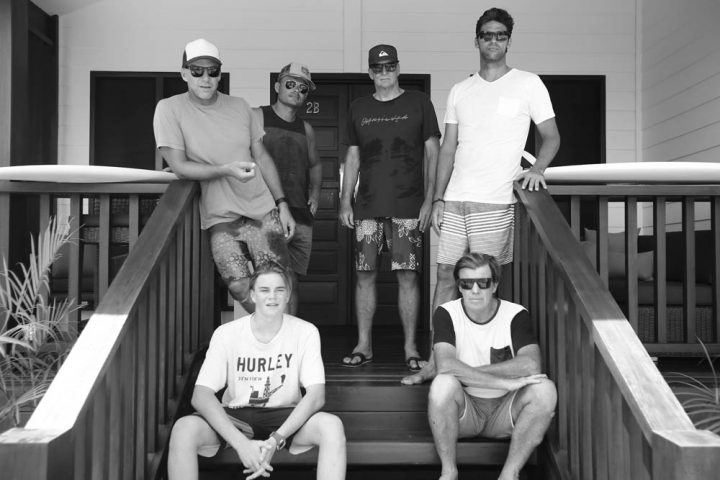 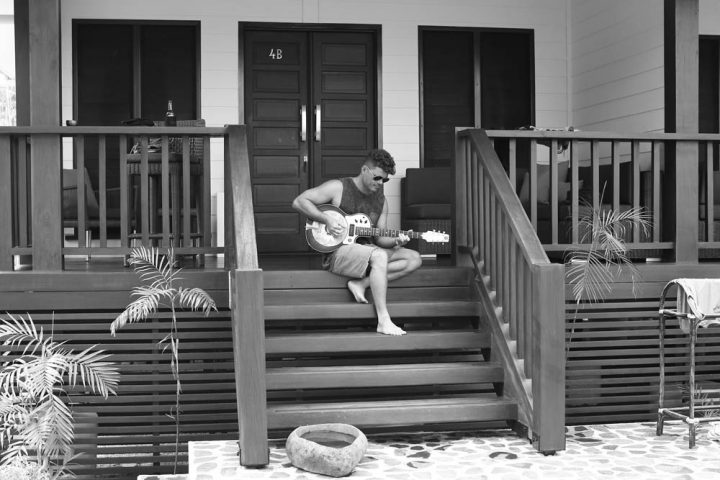 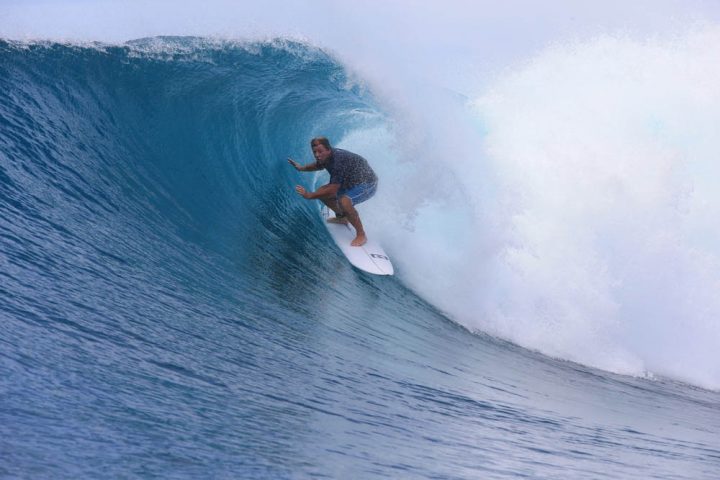 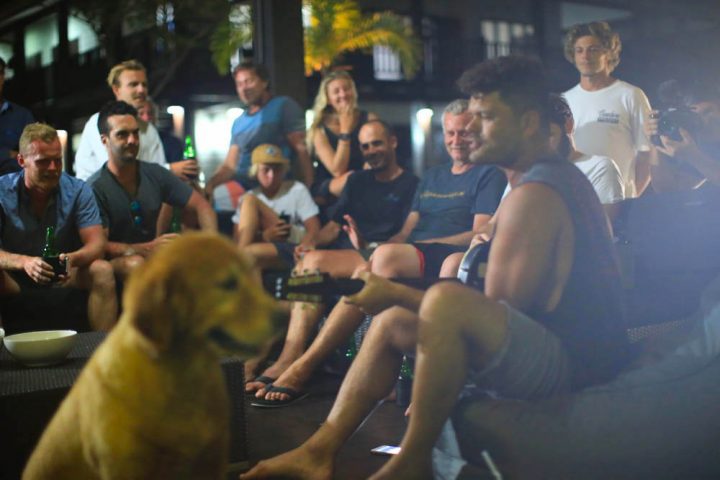 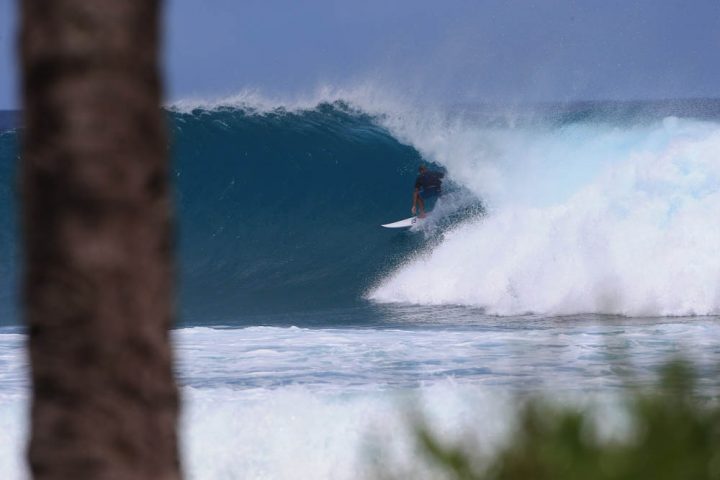 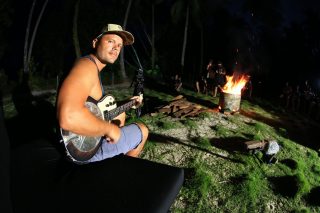 Mark being the superstar tennis player was “Number One Target” to take down on RLZ’s high pressure Ping-Pong arena. All week the guides and guests alike trained, plotted strategy and lined up to bring him down. Mark was generously obliging to all challenger’s including several particularly tense and close tournaments between RLZ’s resident, self -proclaimed champ Jack, but alas in 7 nights and probably close to 100 games “The Scud” remained undefeated.

There certainly is an obligation to capture these athlete’s doing what they do for “the show” and at times a certain amount of scripting that needs to be fulfilled. Capturing Ash having a jam in paradise was certainly one of those obligations for the production team no doubt.

However one evening, things didn’t go to script and after a long and particularly satisfying day of epic surfing, Ash was noticeably missing from dinner and spotted heading towards the pool gazebo alone with a Bintang in one hand and his guitar in the other. It wasn’t long before the sweet sound of the Ash’s rustic blues filled the air across the resort dining area. As dinner wound up and the icy cold Bintang’s and cocktails flowed, one by one, guests and staff where drawn to the scene like bees to honey and within 30 minutes Ash was in full cry, belting out passionate renditions of all his hits. The Fox Sports production team scrambled to get some lighting and cameras tuned on him making musical magic in time but as so often is the case….the unscripted and unexpected is often the most memorable, and certainly was for the lucky guests and staff to witness the impromptu jam that bought the house down.

The week truly captured an insight into a common love of the ocean, good times and the simple thrill of “gliding on water” that resonates with all surfers from all walks of life that only the surfing lifestyle can bring. 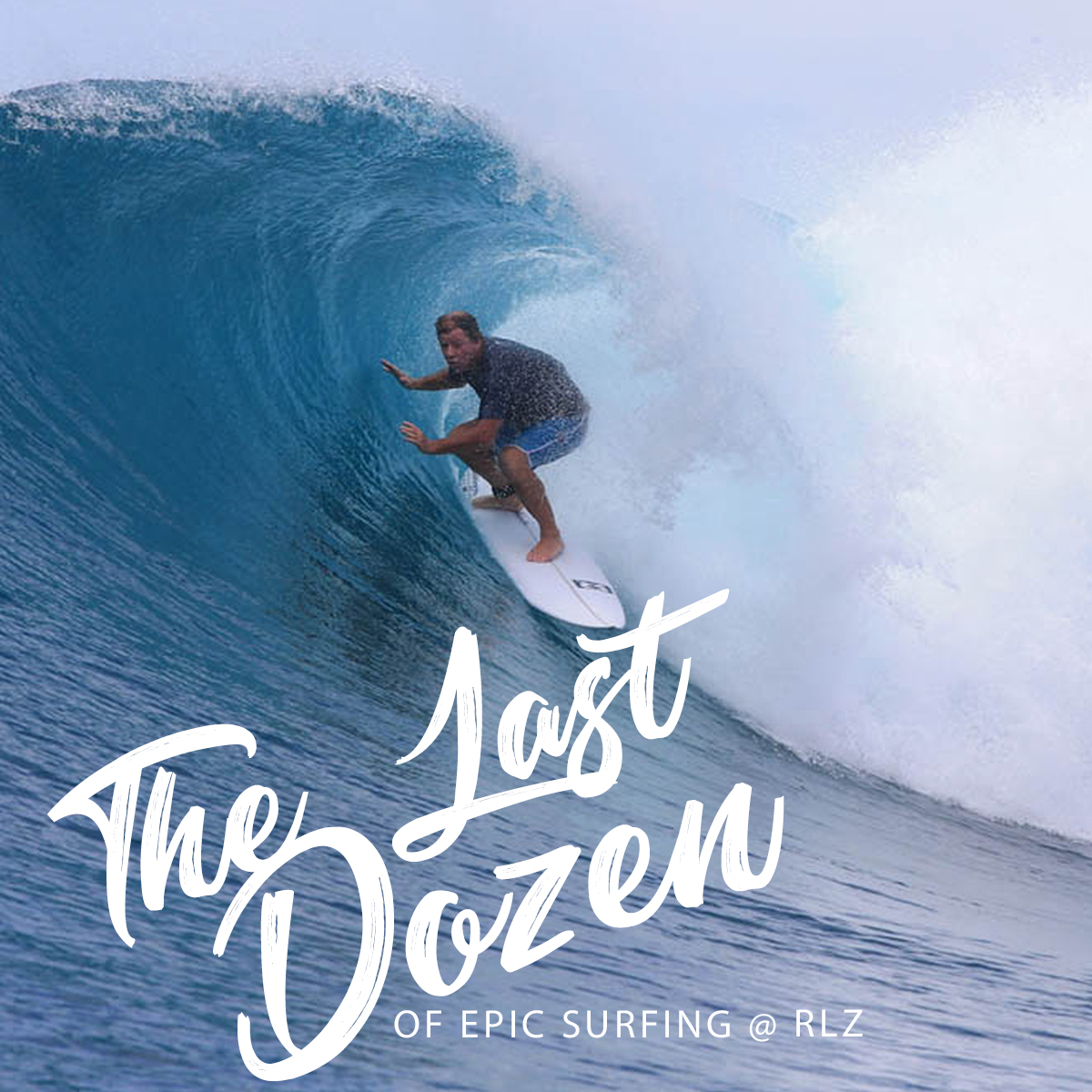 Thanks to Swilly for the awesome images, check out the lens master here: https://swilly.com.au