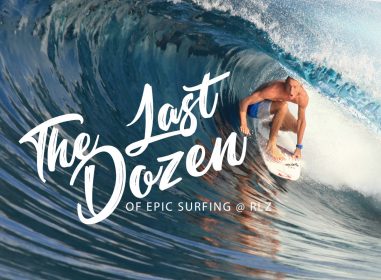 It is no secret that the area around Resort Latitude Zero is blessed with an amazing selection of quality right handers, some of these breaks are mellow and super fun to suit all levels of surfing and some, when the swell is up can only be considered world class and requiring a “balls to the wall” attitude to score amazing tube rides and life changing time warp moments deep in the green room.

Not taking anything away from the quality lefts in the area, when these highly respected and sort after rights turn on with large clean ground swells it is safe to say that they are the domain of experienced natural foot surfers, some who have devoted much of their lives to being at the right spot at the right time and some who are just lucky enough to be in “the right spot at the right time” to score these flawlessly perfect right barrel machines on. Either way it is rare to see a goofy footer come within cooee of being the standout surfer on these magic days we all live for when the waves turn on at these epic right hand reef breaks. Over the past dozen years and countless epic swells there has been only very few exceptions to this norm.

To see a goofy footer not only equal the natural footer’s performances but absolutely blow them out of the water on these epic days on their own turf and on some of the world’s best and most challenging right handers is special and a couple of performances are burned in our minds as stand outs and will never be forgotten by the lucky surf guides and guests who were a part of these awesome surfing days.

In 2009 Resort Latitude Zero played host to a Surfer Magazine event “US v THEM” pitting the best teenagers of the day from America and Australia against each other in a fan voted online video based surfing competition set in amazing waves for bragging rights as to who was going to be top dog in the surfing world in the coming years.

At the time such names as Kalohe Andino, Nat Young, Lora Enever, Alana Blanchard were not the mainstay names of the CT they were to become, relatively unknown and only very young apprentices to their chosen dream trade of becoming pro surfers and household names in the professional surfing world in the years following.

One participant of this event had particularly big wraps on him for the future – a tall and lanky Owen Wright from the Australian team. Owen arrive to RLZ with a stomach bug and was bed ridden for the first 2 days and nights which only heightened our own anticipation of how good this child prodigy surfed and what the fuss was all about. On day 3 the swell arrived and again, no Owen in sight, still too sick to get out of bed to surf for the morning session. 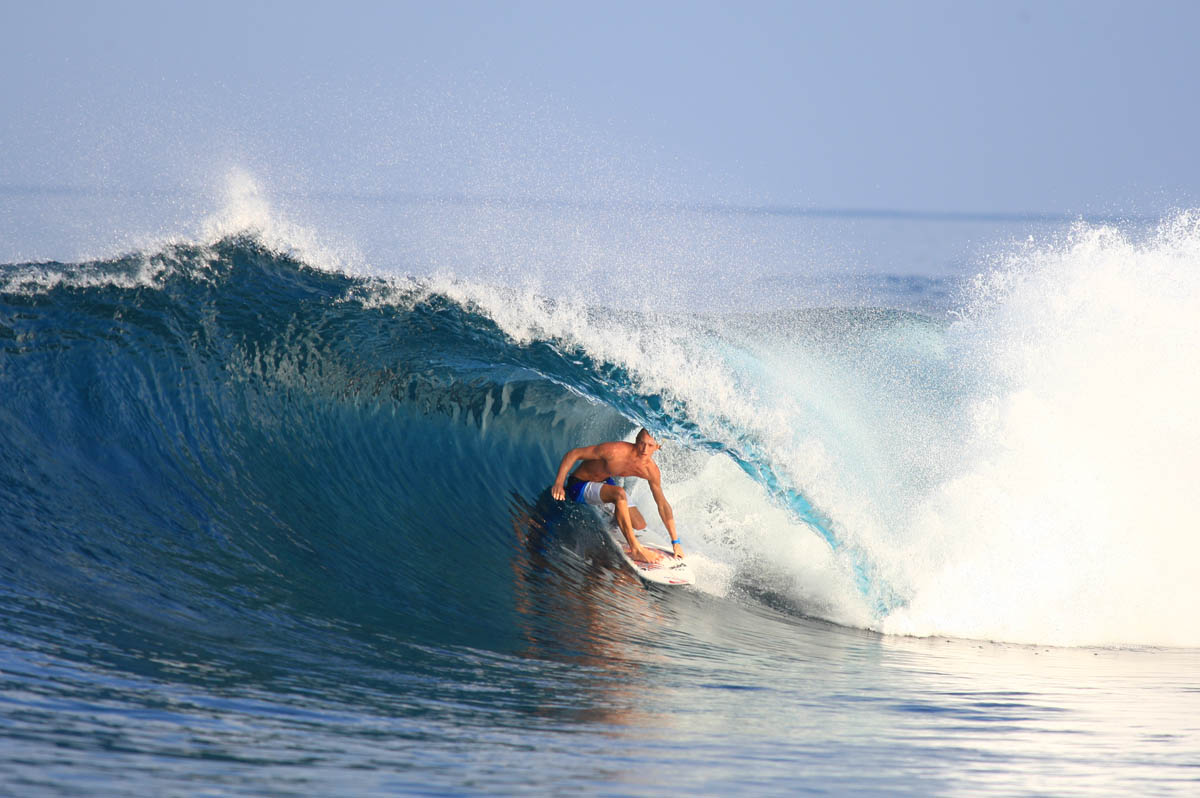 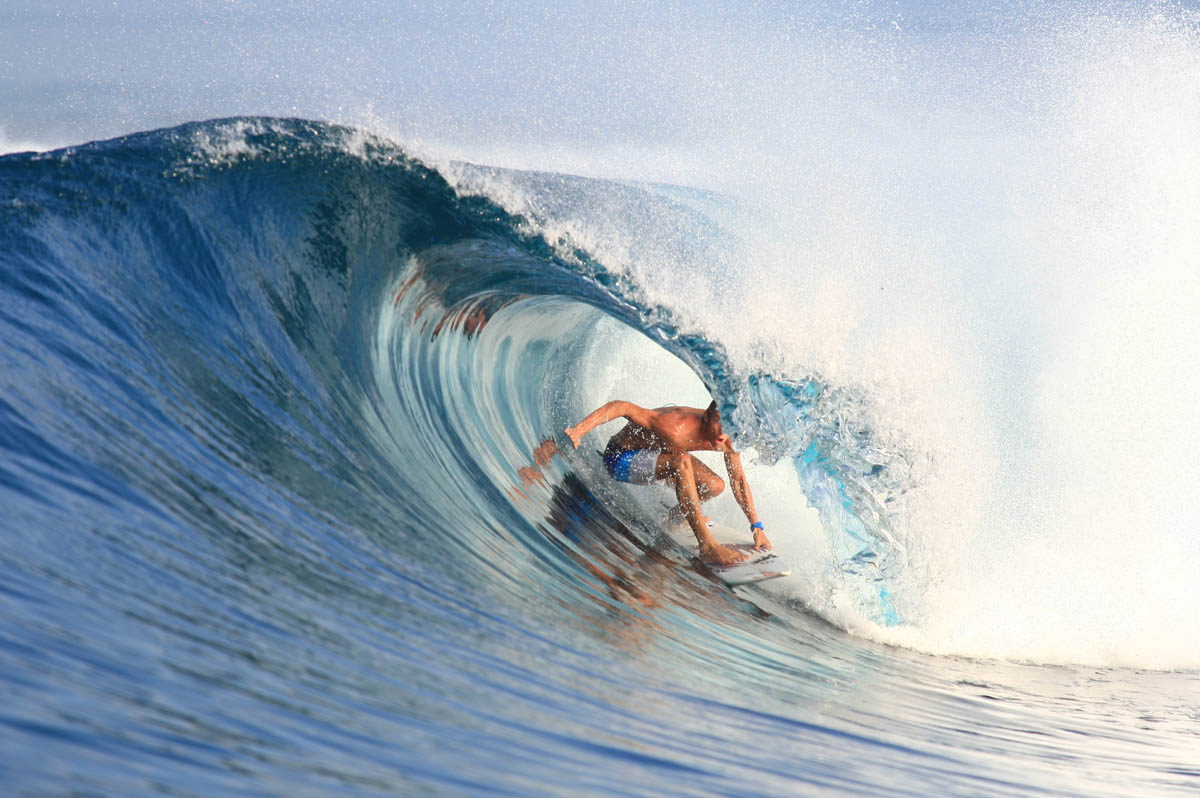 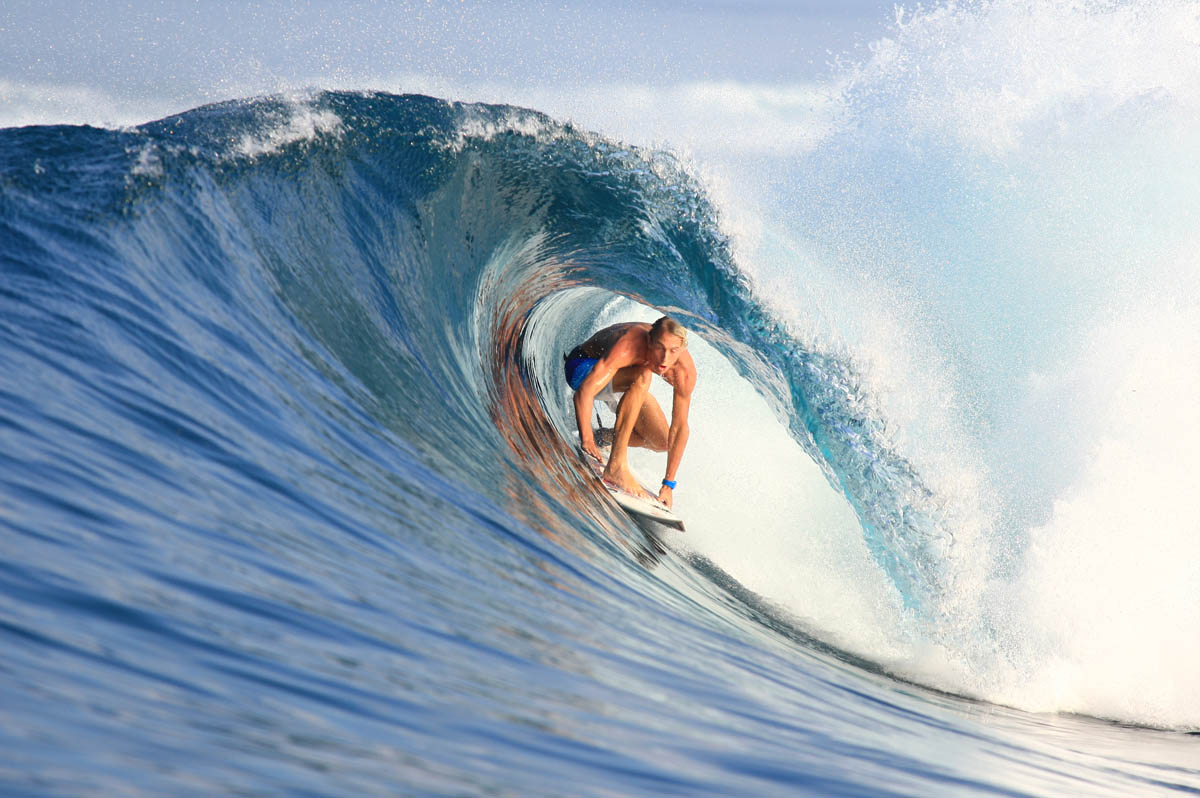 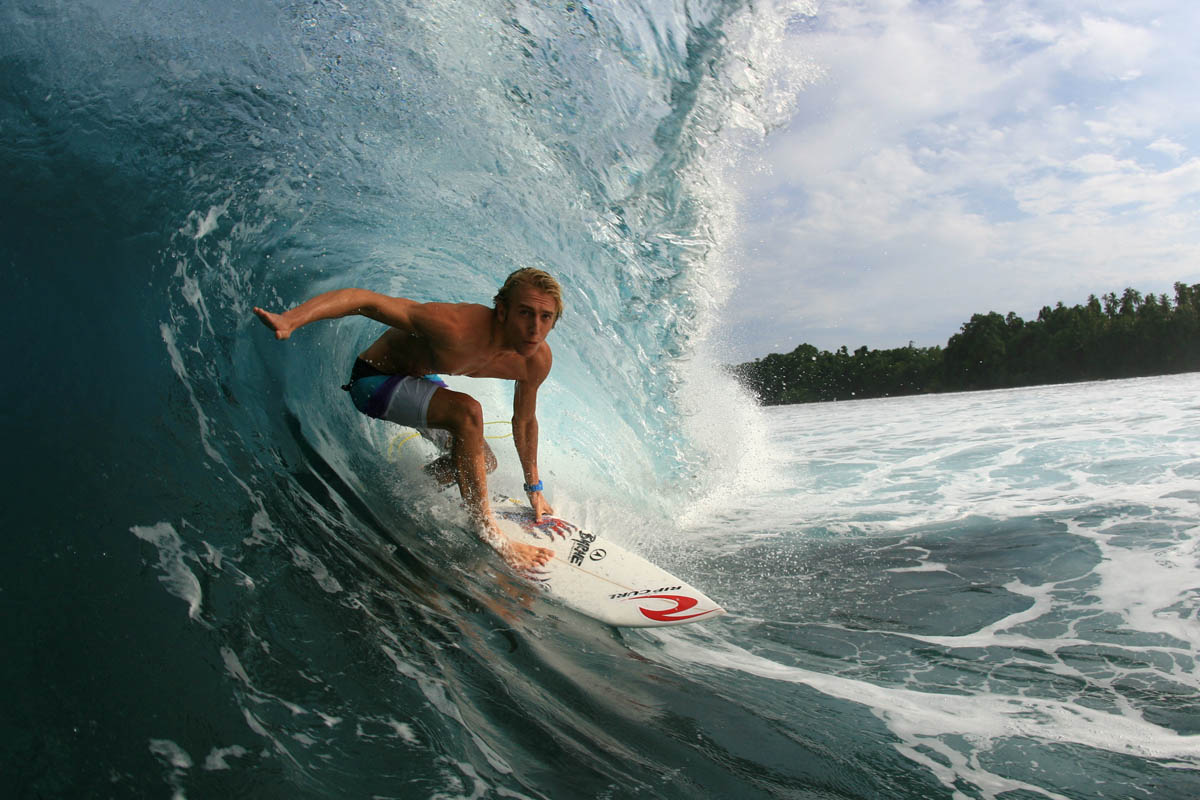 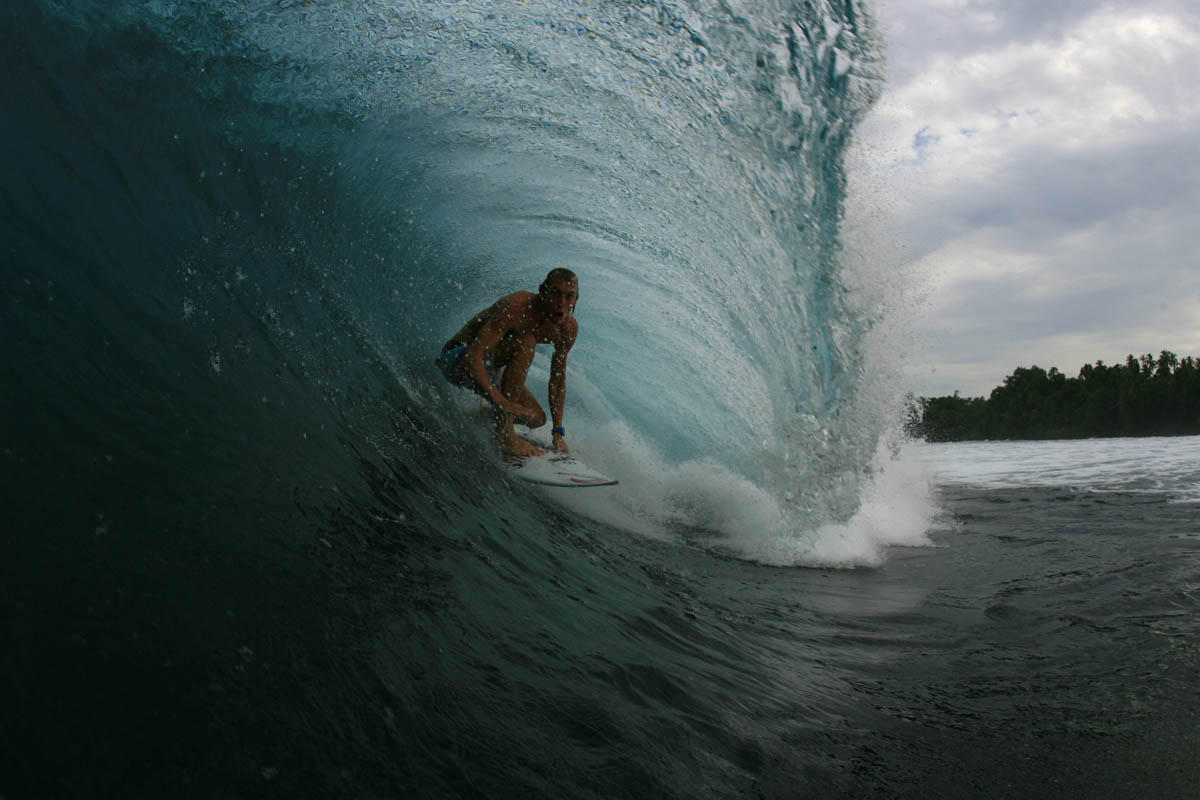 When word spread that one of our favourite world class right handers was turning on supreme it was too much for Owen to resist.

The other surfers, all natural footers, had been having a dam good crack at the epic waves for an hour or two, the girls included but when Owen finally crawled out of bed a couple of kilos lighter than when he went to bed several days earlier, dosed up on charcoal tablets and hydrolytes, and came zipping around the corner in the one of the smaller surf dinghies to a cheers in the channel the scene was set for a legendary performance.

Still crook as a dog and weak with Bali Belly Owen paddled out not just to make up the numbers and satisfy his sponsors, not to just try match it with his peers or get his mojo back on a few smaller waves in the grinding 70m long right hand kegs……he paddled out and straight into the set of the day. Over the next few hours Owen put on a backhand tubing riding clinic for the ages and literally blew his natural footer peers out of the water set after set, tube after tube, even more amazing given his physical state at the time.

As the tide drained off and the challenging reef break became an un surfable cheese grater again the show took off to another suitable surf break for the afternoon. Owen disappeared again in his little dinghy back to the resort and straight back to bed for the final day of his recovery.

We were left knowing in those few short hours that day in no uncertain terms who was to be top dog in the coming years and as history shows Owen has gone on to be a regular in the CT top 10 for over a decade with several event wins now to his name.

Thanks to Swilly for the awesome images, check out the lens master here: https://swilly.com.au/

Also thanks for the use of the clip – https://www.surfer.com/ and also the man himself – Matt Gye. 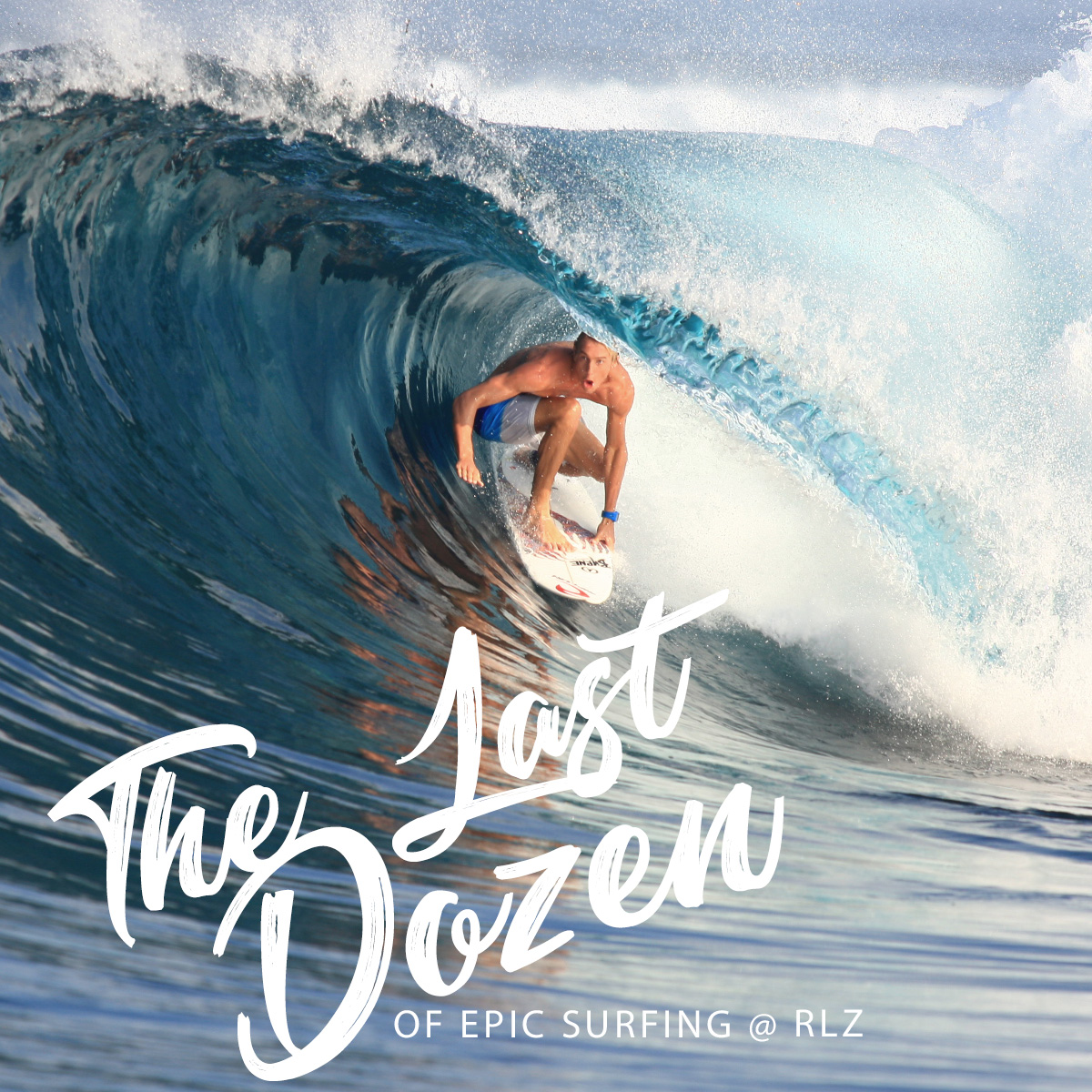