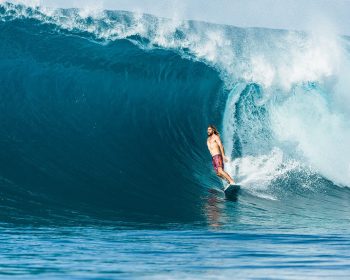 Five Australian surfers escape the WQS grind and land in the Mentawai Islands for a blue ribbon swell event. Travelling aboard the mythical Mangalui, the WCT hopefuls hunt down a rarely surfed left that delivers them ‘the best waves of their lives’.

On the tail end of the same swell a menacing right slab provides an entirely different kind of challenge. Goodfellas features looney tubes and laughs in surfing’s version of Disneyland. Showcasing the WSL surfers of the future, it’s also guaranteed to get you psyched for your next Indo trip. Thanks to Resort Latitude Zero and The Mangalui for ensuring the crew scored “The best waves of their lives”.

A film by Dom Sullivan